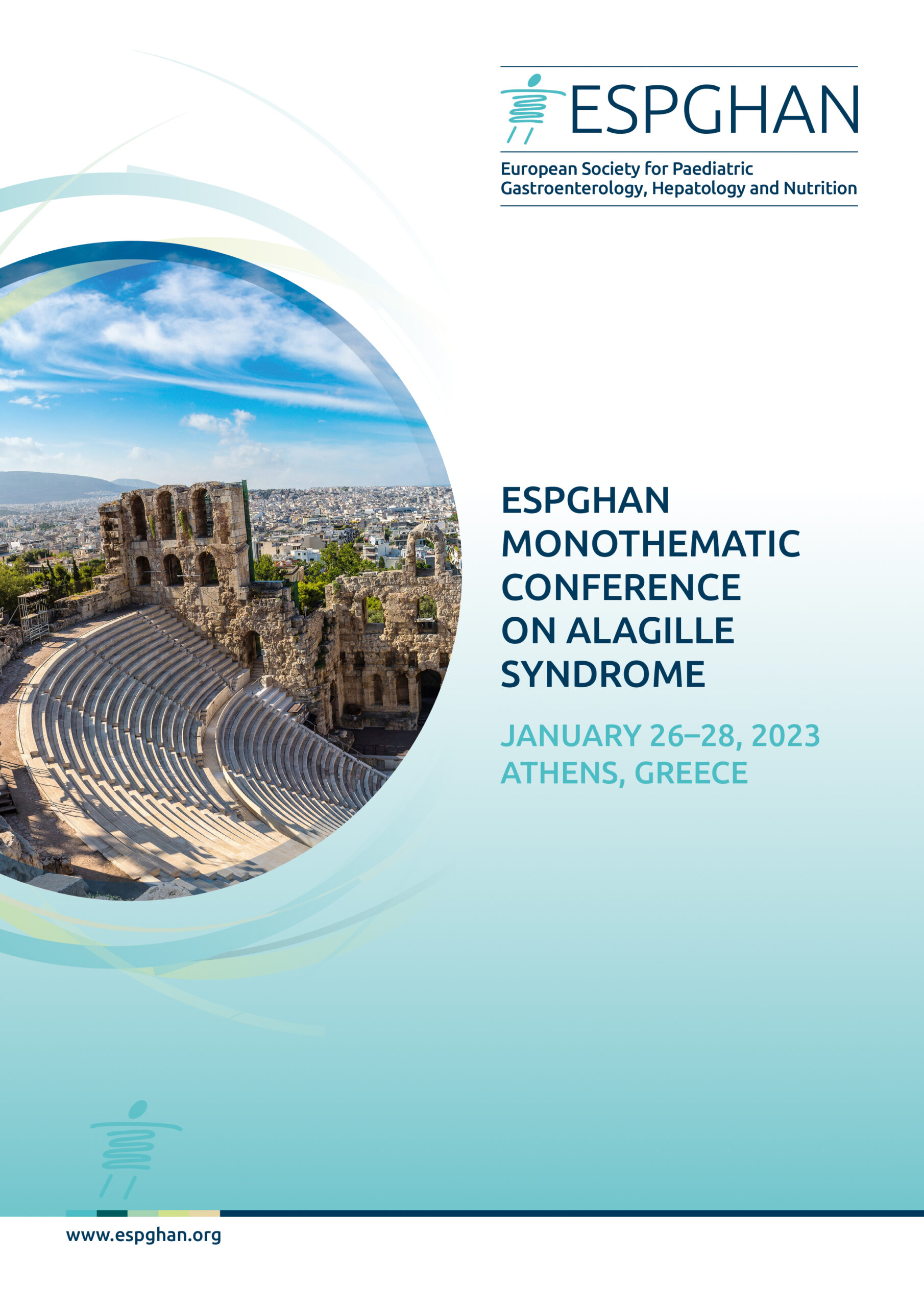 Alagille syndrome is a genetic disorder that affects primarily the liver and the heart. Problems associated with the disorder generally become evident in infancy or early childhood.
The disorder is inherited in an autosomal dominant pattern, and the estimated prevalence of Alagille syndrome is 1 in every 30,000 to 1 in every 40,000 live births. It is named after the French pediatrician Daniel Alagille, who first described the condition in 1969 Severe liver disease is a major cause of morbidity.
Increased plasma bile acid levels may cause severe pruritus, necessitating biliary diversion procedures. Liver transplantation may be required  in patients with progressive liver synthetic dysfunction, intractable pruritus, osteodystrophy, or massive variceal bleeding.
We aim at increasing awareness and knowledge of the disease within our society, as we believe a better diagnosis skills and treatments are necessary.

This school is supported by the ESPGHAN Education Partner Programme.

THIS COURSE WILL BE ORGANIZED IN HYBRID FORMAT